“Honor to the Soldier, and Sailor everywhere,
who bravely bears his country’s cause.” 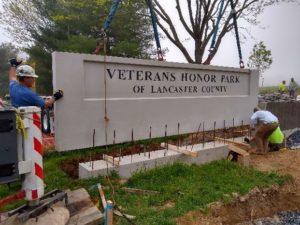 Join us for the dedication ceremony and official opening of the Veterans Honor Park, including patriotic music, ribbon-cutting, and keynote speaker Brigadier General David E. Wood. This event is free and parking will be available at the Lititz Public Library and adjacent streets. Please bring a lawn chair.

Brigadier General David E. Wood, whose National Guard operational assignments include Operation Desert Storm and Afghanistan, will officially open the Veterans Honor Park on June 9th as our keynote speaker. The Lancaster County veteran, an alumnus of Lancaster Catholic High School, currently serves as the Director of PA’s Joint Staff at its headquarters in Annville.

HONORING VETERANS PAST, PRESENT . . .
AND PAYING FORWARD TO THE FUTURE

When the legendary “shot heard ‘round the world” echoed from the greens of Concord and Lexington to Lancaster County in 1775, nearly 8,000 local patriots ultimately responded to the call to arms.

Things haven’t changed much over the past nearly two and a half centuries.

Men and women of Lancaster County have always responded to America’s call whenever liberty was threatened domestically or around the globe.

The Veterans Honor Park of Lancaster County is a tribute to every generation of warriors in every branch of the United States military – Army, Navy, Air Force, Marines, and Coast Guard.

Being built in Warwick Township in co-operation with local government, it recognizes the selfless dedication of every Lancaster County man and woman who ever wore the uniform, and swore to support and defend the Constitution of the United States against all enemies, foreign and domestic.

Most importantly, it reminds everyone – especially young people – of the sacrifices others have made for their freedom.

If you’d like more information about the Veterans Honor Park of Lancaster County – or would like to arrange for a presentation to your group, civic organization, service club, business or foundation – please contact us today.

YOUR TAX DEDUCTIBLE CONTRIBUTION IS VITAL

Click the Donate button below to make a contribution through PayPal.

*As a non-profit governmental entity, your contributions to the Veterans Honor Park of Lancaster County may qualify as a charitable deduction for federal income tax purposes. Consult with your tax advisor or the IRS to determine whether a contribution is deductible. ** Pennsylvania State Law requires donors of $250 or more to identify their employer and occupation. 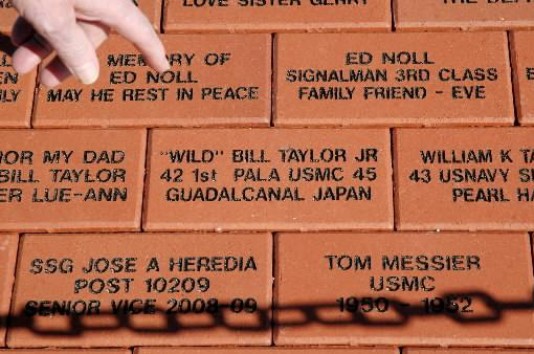 An Enduring Tribute to Your Veteran’s Service

Commemorate your Veteran’s valiant service to our nation with a personalized Memorial Brick Paver to be displayed for all time at the Veterans Honor Park of Lancaster County.

To purchase, follow these simple instructions and click “Purchase My Memorial Brick” at the bottom of this form.